Baby Boomers…in the Workplace to Stay?

inovus colleague, Christy Markley Plummer, recently wrote a great article about Generation Z and its huge impact on the workplace.  On the other end of the spectrum is the Baby Boomer generation, and oh baby, are they also changing the workplace!

The statistics alone don’t tell the whole tale, but they are impactful.  Even though Baby Boomers are retiring at the rate of 10,000 per day, there are still 77 million in the workplace.  According to Erin Engstrom from Recruiterbox, Boomers represent 29% of the working population.  And since the very youngest Boomers are just in their early 50’s, a great many plan to continue to work…either by choice or by necessity.

As Ms. Engstrom points out, there is a stereotype that Baby Boomers are less likely to be well-versed in the latest technology.  While this may be true in some instances, there is still a great case to be made for having a Boomer or two on your team, not the least of which is good old experience.  The oldest Boomers have worked for 40+ years and the youngest ones for at least 30 years.  Sometimes, there is just no substitute for time and institutional knowledge.

Boomers have made their share of mistakes during their long tenure in the workplace and by sharing those experiences, both good and bad, with younger workers, team objectives can often be attained more quickly.  Dennis Theodorou, VP of JMJ Phillip Executive Search, says that newer workers should stop looking at the age gap between themselves and Boomers, and instead ask how this person’s experience can help them.

Rick Newman, Senior Columnist for Yahoo Finance, cites that the unemployment rate for workers aged 55 and older is just 5.5%.  But for those aged 16-24; a startling 16.1%. and many of those workers born in the 1980s and 1990s are struggling with a combination of high levels of student loan debt and lower paying jobs that just don’t cover the bills.

Along the same lines, another way Boomers can add value in the workplace is by simply offering a different perspective.  For example, if several people with the same background are trying to solve a problem, their shared background can make it less likely that fresh ideas will emerge.  Baby Boomers have years of experience in problem solving, offering customer service solutions, a unique perspective and in many cases, a strong sense of empathy.  This can provide better insight into what it takes to solve a particular problem.

More importantly, the Baby Boomers have acquired critical interpersonal skills and may offer the most valuable bang for a company’s buck.  While Gen Z have been texting, emailing and messaging friends and family since they were toddlers, they are often at a disadvantage when it comes to dealing with co-workers and customers in the workplace.  They simply lack experience.  This is where the Boomer can step in.  Boomers prefer to shake hands rather than email or message someone, which often can diffuse a difficult situation simply because they prefer to talk face-to-face.

Although Gen Z may freely welcome the knowledge and expertise Baby Boomers bring to the workplace, the fact remains that Boomers are staying employed past historical retirement ages and that can have an adverse effect on the career prospects of younger workers.  Many recent college graduates already feel their career opportunities are limited.  Rick Newman, Senior Columnist for Yahoo Finance, cites that the unemployment rate for workers aged 55 and older is just 5.5%.  But for those aged 16-24; a startling 16.1%. and many of those workers born in the 1980s and 1990s are struggling with a combination of high levels of student loan debt and lower paying jobs that just don’t cover the bills.  To counteract the so-called “gray society” effect on younger workers, there have been a select few who advocate for lowering the retirement age to stimulate job growth.  But Baby Boomers are a political force to be reckoned with, and supported by influential groups such as AARP, are likely to remain favored over the less-powerful younger population groups.

For some Baby Boomers continuing to work is simply a necessity.  AARP did a recent study that indicated nearly 50% of Boomers see themselves working until the age of 70 or more.  A grim 36% said they would never be able to afford to retire at all.  John Crudele from the New York Post cites that many Boomers were so spooked by the last recession, they now fear they don’t have nearly enough saved to last until their final days.  That fear, coupled with lower interest rates failing to generate enough income from what they do have saved, often pushes Boomers to work longer than they may have originally envisioned doing.  Plus, many ever-youthful Boomers expect to live longer, giving them plenty of time later to work in the garden or hang out with the grandkids!

The question, however, remains…can Baby Boomers and the younger workforce co-exist?  Although there are many positive effects Boomers bring such as fresh perspective, strong interpersonal skills and a strong work ethic, the hard fact remains that Boomers staying in the workplace longer will continue to cause ripples for some time to come. 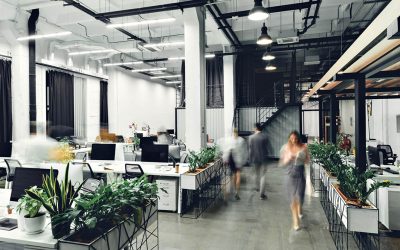 The Future of Office Site Selection and Risk Mitigation

END_OF_DOCUMENT_TOKEN_TO_BE_REPLACED 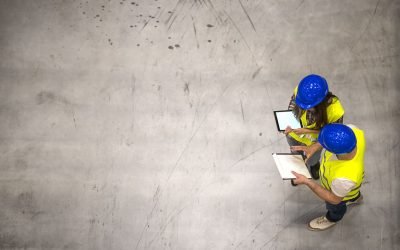 Webinar On Demand: Site Due Diligence, Site Selection and Development

END_OF_DOCUMENT_TOKEN_TO_BE_REPLACED

Webinar On Demand: Surviving to Thriving: An Industry Outlook