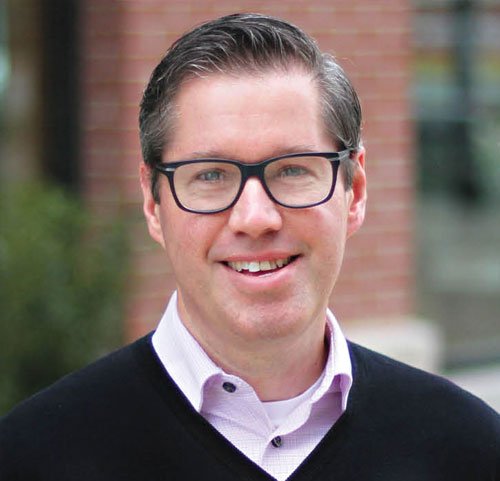 REFERENCES ARTICLE FROM 2014 – OUTSIDE ARTICLE

This article has been updated from its original form, which appeared in Location Canada 2013, a publication of Area Development.

Canada is one of the world’s weathiest nations, with a population of approximately 35.16 (2013) million people and the 13th largest economy in the world based on Gross Domestic Product.  Often referred to as the land of a thousand stereotypes ranging from mounties and ice hockey to language wars and lousy weather, the nation may be entitled to a bit of boasting based upon the overall health and stability of the economy, strength of financial systems and success in economic development efforts.

Canada’s highly competitive regulatory framework promotes business formation and operation.  With no minimum capital standards, starting a company in Canada requires only one procedure.  Flexible labor regulations enhance employment and productivity growth.  The Government of Canada prioritizes world-class infrastructure as a conduit for more prosperous communities, stronger economies, and a cleaner environment.  The federal government works hand in hand with the provinces, territories, municipalities, and First Nations to support programs on a nation-wide scale.  Provinces typically administer the federal programs on behalf of their individual regions.  A prominent example of this paradigm is the Building Canada Fund, a fund allocated to individual provinces based on population whose purpose is to invest in public infrastructure owned by provincial, territorial and municipal organizations.

The collaborative effort of the federal government and the sub-federal entities it supports is proving to be successful in building a strong economic environment for growth and competitiveness throughout Canada.

While the overall health and stability of the Canadian economy is thriving, there have been some unique challenges at the provincial level, most of which have been responded to with a strategic approach to improvement and aggressive use of financial incentives to help attract new business and help existing companies grow.

The thriving economy in Alberta holds its foundation in the natural advantages of the province.  Oil sands, and oil and gas make energy a key economic driver for the area.  In addition to its natural resource assets, Alberta boasts one of the lowest overall tax rates in Canada and is the only province with no provincial retail sales tax.   The combined federal and provincial corporate income tax is 25% for general business and 14% for small business (January 2013).  On top of this favorable business environment, Alberta does not impose taxes on capital or payroll at the provincial level, as is common in other provinces and the United States.

One challenge facing the province is Alberta’s ability to maintain a strong supply of skilled labor.  This challenge is especially pronounced at employers that have a large number of employees reaching retirement age.  Accordingly, measures to increase the availability of skilled workers are in process,  including: immigration policy initiatives, increased participation for underemployed segments of society, increasing productivity and innovation, and working to increase the awareness of job opportunities to those outside of the region.  The Southeast Alberta Workforce Development Strategy includes a blueprint to inform, attract, retain, and develop the workforce in the area.

Quebec’s Economic Development efforts have recently merged with the Ministry of Finance and Tourism to form the new Ministry of Economic Development Innovation & Export Trade (MFEQ).  This province offers some of the lowest tax rates in Canada with an overall corporate tax rate of approximately 27%.  There are several economic development programs in place to assist growth in the region, which include:

The incentive programs in Quebec come in the form of grants, non-repayable and repayable contributions, depending on the programs.  Non-profit, public or parapublic organizations, and First Nation governments are eligible for grant programs.

British Columbia helps support its regional economic development efforts with a Venture Capital Tax Credit.  These funds are in place to encourage investors to make equity capital investments in small businesses in British Columbia.  This gives small businesses access to early-stage funds for growth.  The credit is only applicable to provincial income taxes and can be carried over for up to four (4) years.

Nova Scotia intends to tap into its potential for innovation and productivity in its businesses and workforce using its Productivity Investment Program.  The purpose if the program is to encourage businesses to become more innovative, productive and globally competitive through the use of two incentives.

Workplace Innovation and Productivity Skills Incentive  – This incentive provides funds to encourage investment in workforce certifications and skills development.  It can, also, be used to help companies adapt to new technologies and processes.  There are cost sharing requirements based on the size of the business.

Capital Investment Incentives – With a preference given to exporters in qualified industries, this incentive contributes 20%, up to $1 million, towards the cost of technology advanced machinery, clean technology, equipment, software, and hardware.  Acquisitions under $25,000 are not considered eligible for this incentive.

Ontario promotes its competitive workforce as a differentiator and engine for business growth.   64% of adults, between the ages of 25 and 64, in the Ontario province have completed post-secondary education.  Ontario’s combined federal-provincial corporate income tax rate of 26.5% is lower than the average of G8 and G20 countries and lower than the average federal–state corporate income tax rate in the U.S.

Apprenticeship Training Tax Credit –  This tax credit is available to help offset the costs involved in the first 48 months of an apprenticeship program for certain skilled trades.

Co-operative Education Tax Credit – This is a refundable tax credit available to businesses hiring students enrolled in a co-operative educational program at an Ontario college or university.

Brownfield Financial Tax Incentive Program – This incentive provides the cancellation of all or a portion of the education property taxes for a property for up to three years to help offset the cost of the clean-up and redevelopment of eligible brownfield properties.

Ontario Business Research Institute Tax Credit – A refundable tax credit of 20% for small businesses with qualified expenses on scientific research and development that is performed in Ontario under contract with eligible research institutes.

Ontario Innovation Tax Credit – This credit can be claimed on the same expenses as those outlined in the Ontario Business Research Institute Tax Credit.  It provides a 10% refundable tax credit for qualified expenses for scientific research and experimental development.

Ontario Tax Exemption for Commercialization – To be eligible for this credit, a business must be in the field of advanced health, bioeconomy (including clean energy), telecommunications, or computer or digital technologies and be incorporated between March 2008 and March 2012.  The credit provides a refund of business taxes paid in the first 10 taxation years of incorporation.

Corporate tax rates around 27% continue to place this province in a competitive environment.  Manitoba has one the most diverse economies in Canada, with manufacturing making up the largest sector (10% of GDP in 2013), and finance, farming, and one of the country’s largest media companies rounding out other major industries.  Manitoba is continuing to build opportunities through resources and technology, competitive corporate business taxes, and a solid workforce.

Keeping economic development efforts focused on these 7 keys has set the framework for continued success in Manitoba.

A number of economic development incentives help support a steady growth in Saskatchewan.  New capital investment for this province hit an all-time record of $20.2 billion in 2012, according to a report by Statistics Canada.  The incentives below are aimed at offsetting the business costs of a growing corporation.  Some of the incentives available in Saskatchewan include:

Research and Development Tax Credit – This 15% credit is fully refundable for Canadian-controlled private corporations; up to $3 million for qualifying research and development expenses.

Manufacturing and Processing Profits Tax Reduction– Saskatchewan-based businesses may be eligible for a reduction of general corporate income tax rates to as low as 10% on Canadian manufacturing and processing profits.

Innovation PEI – This initiative is focused on advancing economic development by investing in people, innovation and infrastructure.  Key sectors that have displayed high potential for economic growth within the Province are being targeted, including, aerospace, bioscience, information technology, financial services, and renewable energy.  Incentive tools available to businesses to help them attract and expand industry include;

Primarily considered a fishing province, Newfoundland and Labrador struggled when the fishing industry collapsed in the early 1990’s.  Often not considered a place to move “into”, but rather “out of”, Newfoundland and Labrador have made impressive recoveries with record breaking employment levels in recent years.  Employers are ready to hire a strong and able workforce to continue momentum.

Economic development efforts have been strong as can be seen in the development of theEconomic Diversification and Growth Enterprises Program (EDGE) – which provides incentives to encourage significant new business investment in the province to help diversify the economy and stimulate new private sector job creation.  Incentive opportunities under this program include:

From a site selection perspective we observe many companies with renewed and expanded interest in exploring business opportunities in the Canadian market.  It is easy to see why when one closely reviews the thriving stable economy combined with low tax rates, the availability of a well-educated and skilled workforce, proximity to markets and the aggressive use of economic development incentive tools that provide meaningful opportunities for businesses to offset costs associated with growth.