hen I was very young, one of the highlights of the year was my beloved Mamaw taking me to the L.S. Ayres store in downtown Indianapolis for a bit of back-to-school shopping.  The Ayres store, long-since closed, was a sight to behold…several floors of various colorful items and a real, live elevator attendant announcing each floor!  Retail, during the 1960’s and 1970’s, was alive and thriving.

How have we gotten to this point and when did it start?  While it seems the headlines are relatively recent and many point to the advent of online shopping as the culprit, Penn Collins notes in an article published in The Daily Good that the first wave of store closures truly began in the early 1990’s.  At that time, retail developers overestimated, often in a big way, the need and desire for shopping malls to be centers of both commerce and community gathering places.  It wasn’t the malls themselves that didn’t succeed; oftentimes they flourished, but when the time came to renovate or redevelop, the capital just wasn’t there to support the needed growth.  What had started as the slow death of stores and malls quickly accelerated.

From an economic standpoint, the closures affected employees in the devastating form of layoffs and lost earnings.  Abandoned storefronts and malls started turning up as a result and not only became an eyesore, but had a detrimental effect on local property taxes that were no longer being collected by municipalities.  Additionally, another troubling result appeared in the form of increasing crime rates around the abandoned real estate.

And the question became what to do with those empty stores and empty malls?  Those spaces were created for very specific uses, and filling them for another purpose is at best difficult, and many times, impossible.  As Penn Collins points out, “getting an outdated mall to look like anything other than, well, an outdated mall, is often prohibitively expensive”.

However, in forward-thinking Austin, Texas, the Community College bought an abandoned mall and turned the entire structure into a mixed-use center housing a library and hundreds of computer terminals.  Other creative re-uses of store and mall space have included churches, medical offices and clinics, apartments, and even space to house city services.

It is interesting to note that while household names such as Gymboree, Payless ShoeSource, Gander Mountain and Radio Shack have captured headlines by filing for bankruptcy and closing hundreds of stores, home-improvement chains such as Lowes and Home Depot, and off-price retailers such as Marshalls, Ross and TJ Maxx are having stronger than ever results.  Stores such as the latter are extremely popular with customers who aren’t as concerned with brand-name clothing.  In fact, Amazon has made a big push into the clothing arena for exactly this reason.

On the high end of the retail spectrum, how are stores such as Neiman Marcus and Saks Fifth Avenue faring in the current volatile retail environment?  Steve Dennis, contributor to Forbes, opines that luxury retail is in decline.  The aforementioned Neiman Marcus has been attempting to restructure its debt after a disappointing performance in several of the last quarters.  Individual division revenues have stalled significantly at Saks, and even Nordstrom, often considered the gold standard in retail, has seen five straight quarters of decline in its stores.

Why is this happening?  Steve Dennis offers several factors, including little new customer growth, unfavorable demographics as baby boomers age out of the desired target area, and, most importantly, growing competition.  We always go back to Amazon, and for good reason!  Even though strict control over distribution rights largely insulates the luxury market, many shoppers can find enough higher-end merchandise on Amazon to keep them more than satisfied.

Retail is being forced to change, not only at the luxury level but along the entire customer spectrum.  It remains to be seen how much and how quickly developers and communities will be able to adapt.

END_OF_DOCUMENT_TOKEN_TO_BE_REPLACED 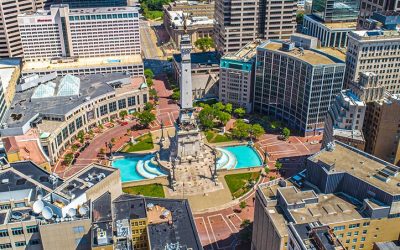