In negotiating the structure of a potential incentive award, there are at least two broad categories that are critically important for a company to consider.  The first is ensuring that the incentives offered have actual economic value to the project.  For example, to assess the real value of a tax credit offered in support of a project, it is important to understand how the credit is earned, what taxes the credit can offset, if it is a refundable credit and, if it is not, how long an unused portion of the credit may be carried forward.  Assessing these factors against a company’s current tax situation in a particular jurisdiction will provide for a more accurate quantification of the real value of the proposed award to the project.  Many states and local communities have multiple incentive programs and flexibility to craft an incentive award with the right mix of incentives to maximize its value to a particular project.  However, to do so, a company must be able to communicate what types of incentive programs have the greatest value to the project under consideration.

Next, consider how to structure the incentives to manage the long-term risks associated with failing to meet project projections and the resulting potential of a repayment requirement.  A full understanding of the performance criteria and potential repayment obligations is critical in evaluating the true value of what is being offered and in managing long-term risk.   Many incentive programs have repayment obligations, or “clawbacks,” in the event a company does not fully meet the project criteria or does not maintain certain employment levels over time.  The policy behind these provisions is sound in that incentives should generally be tied to a company’s performance.  If the benefit anticipated by the state or community is not realized, a reasonable adjustment to the incentive value received by the company should be expected.   However, in practice, proposed clawback mechanisms can be onerous, at times requiring a full repayment of previously claimed benefits, plus penalties and interest, for actions that may occur ten or more years after a site decision is made.  In addition, there is a great deal of variability regarding what factors are considered when applying a clawback requirement and how a repayment obligation is calculated.

In some cases, state or local statutes establish the provisions for calculating incentive value and governing potential repayment obligations.  In these instances, there may be a limited ability to negotiate a more favorable treatment.   However, many times there is discretion in the structure of the key terms of incentive awards.  Often, if not proactively addressed, these important structural issues may not be fully appreciated until a company receives a contract to memorialize the incentive award.  This can happen weeks or months after a project is announced and when the company is already committed to a location decision.   At that point, after the ribbons have been cut and announcements have been made, those same government officials that were eager to address any of a company’s concerns during the site selection process may not be quite so accommodating in negotiating reasonable contract terms.  As a result, it is critically important to understand the various incentive programs being offered, what terms are negotiable and to negotiate those terms as an integral part of the overall incentive and site selection evaluation before a final decision is made.

In summary, to fully evaluate the potential impact of incentive support as part of a site selection decision, a company must fully understand at the outset of the project both the incentive qualification requirements and the long-term commitments required to claim the incentives.  Failure to do so is likely to result in actual incentive value far less than was anticipated or potential liabilities inconsistent with the company’s long term operating objectives. 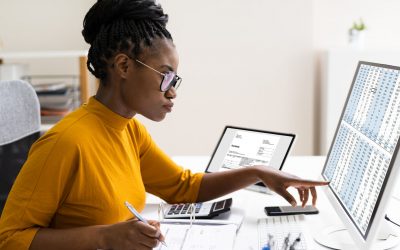 Job Posting: Client Advisor – January 2022 Position: Client Advisor Reports To: Executive Managing Director Be Part of Our Team Come work for a globally recognized boutique firm with over 100 years of combined economic development and site selection expertise! Since 2002 the Ginovus team has been advising companies of all sizes from Fortune 100 […]

END_OF_DOCUMENT_TOKEN_TO_BE_REPLACED

July 2021 – Podcast on Water Resources in Economic Growth and Development

PODCAST EPISODE July 2021 – Rick Weddle, President of the Site Selectors Guild, and Larry Gigerich, Executive Managing Director of Ginovus, discuss the importance of water resources in economic growth and development in the 50th episode of the Site Selection Matters podcast here.   Back to Events KEEP READING July 2021 – Podcast on […]